This was such a fun and unique project! I was contacted by a woman whose six month old son has to wear a DOC band to correct a flat spot on his head due to placement in utero. Their idea was for me to paint it like the earth, and include the saying “Making the world go round” – as a play on words, since the band is making his head round :) She also requested that I include some animals.

One of the most challenging aspects of this project was that I needed to paint & seal the band in as little time as possible. He is only supposed to go without the band for 1 hour per day, but this project was an exception, and we decided on 5 hours. It was quite a time crunch for me!

The other challenging part of this project was the shape of the band. I was painting on a round surface, which I had never done before, and I also had to make some minor design changes when I realized that some of the curves of the band were different than I expected. Mostly moving the dolphin from the Atlantic Ocean over to the Pacific :)

All-in-all it was a wonderful, unique project and such a great experience. The best part was the mom’s excitement when she saw the finished band :) It makes me so happy to see my art making a positive difference in someone else’s life. 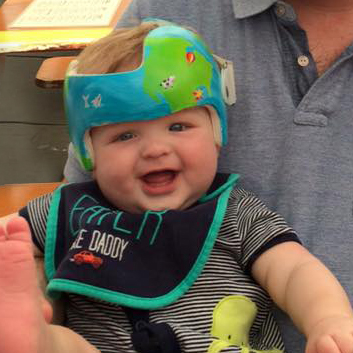 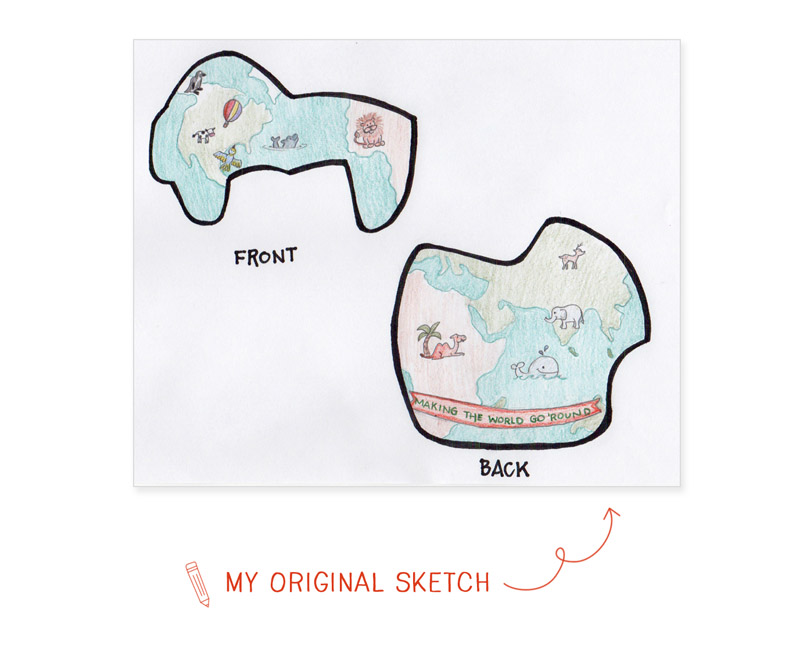 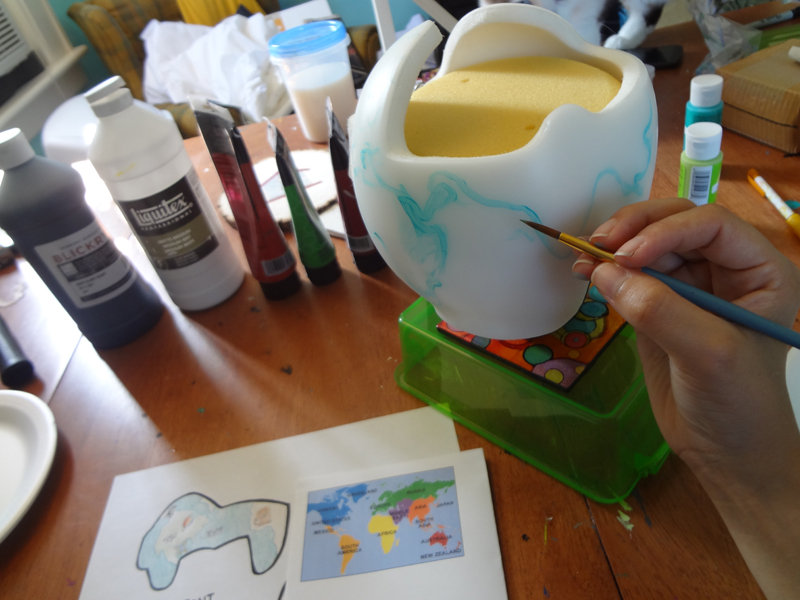 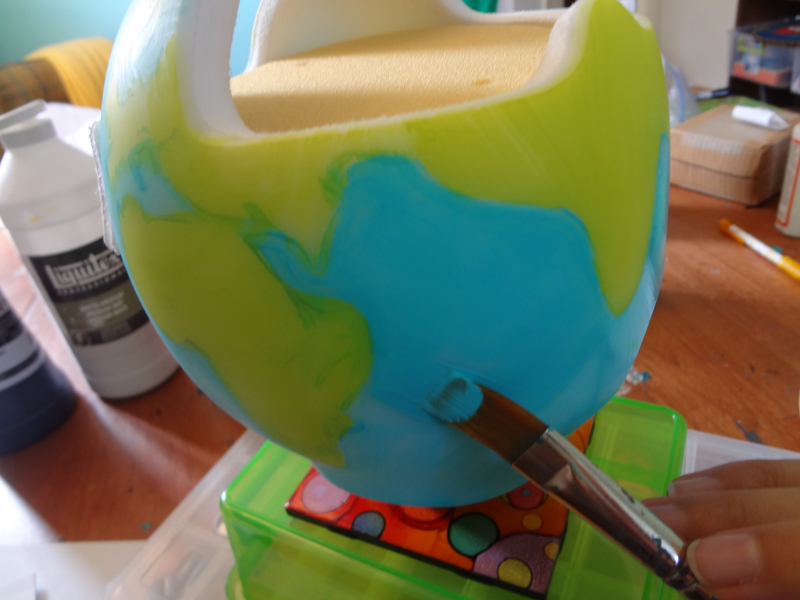 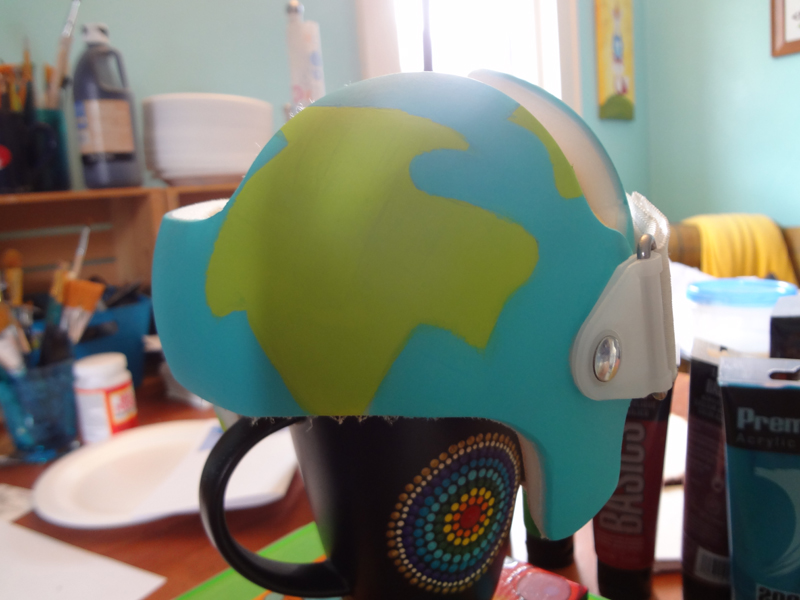 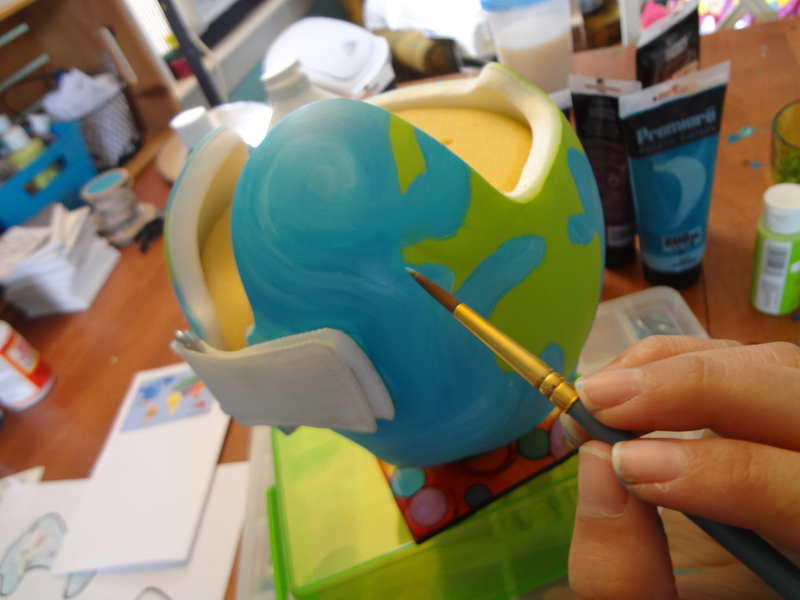 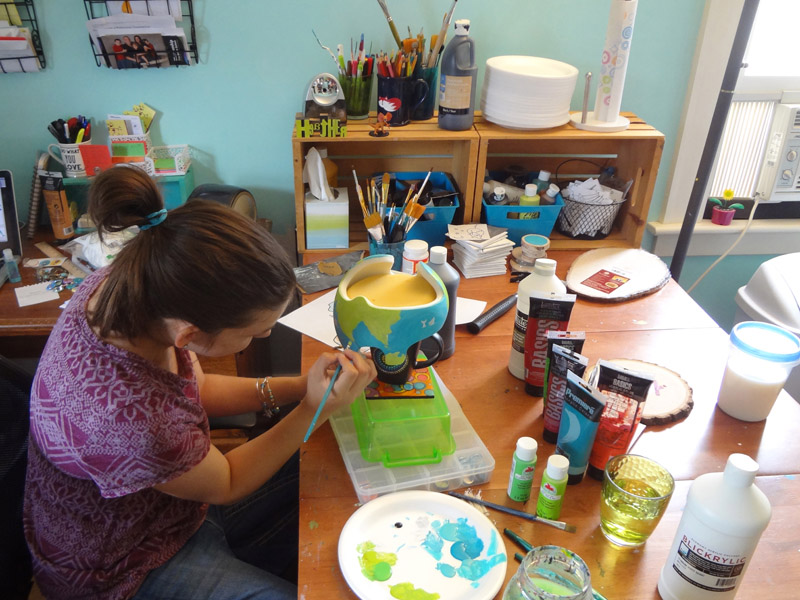 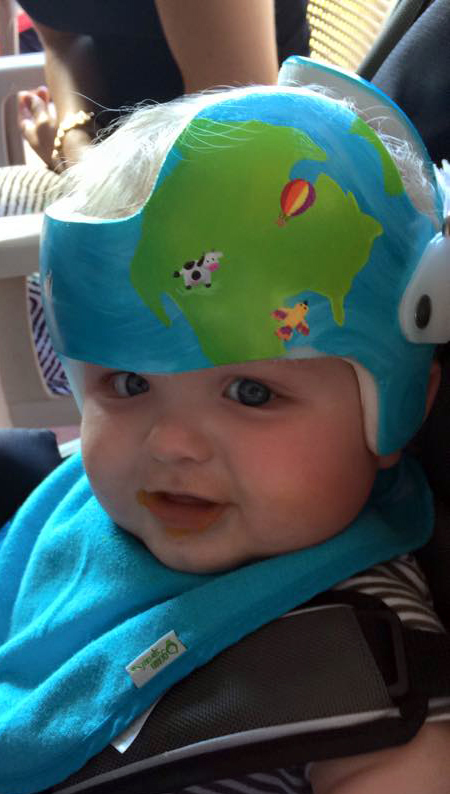 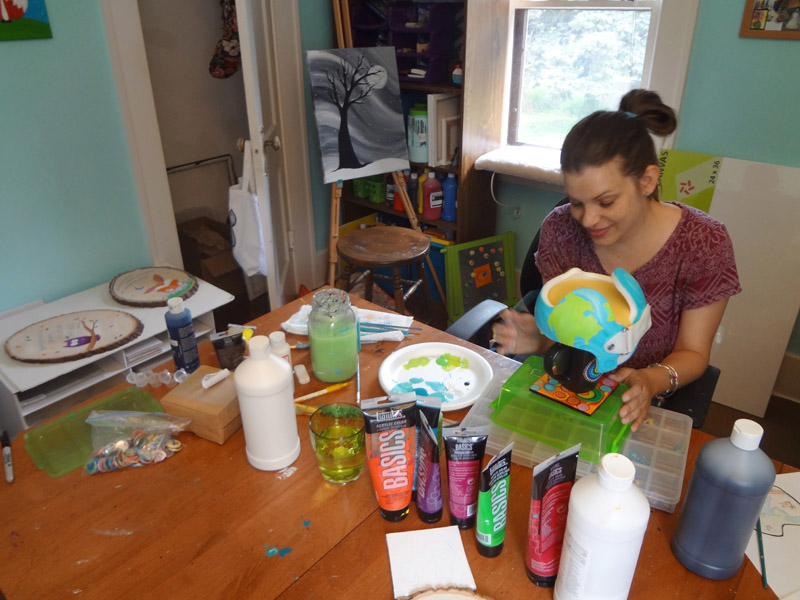 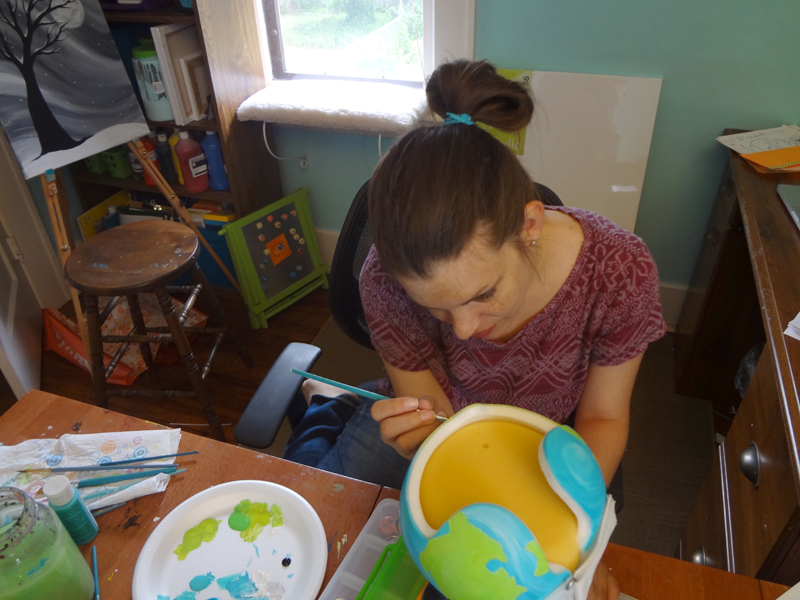 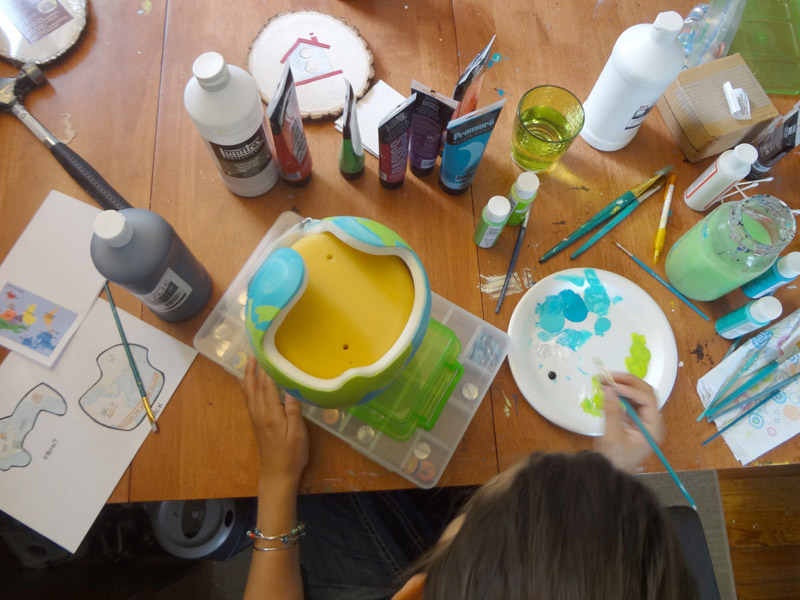 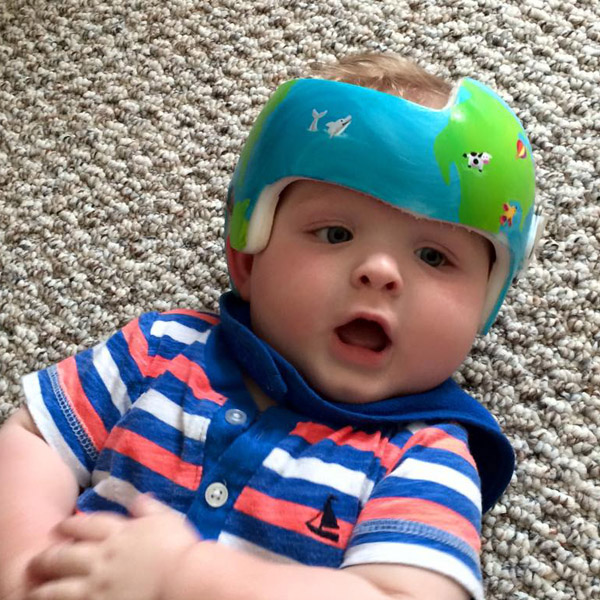 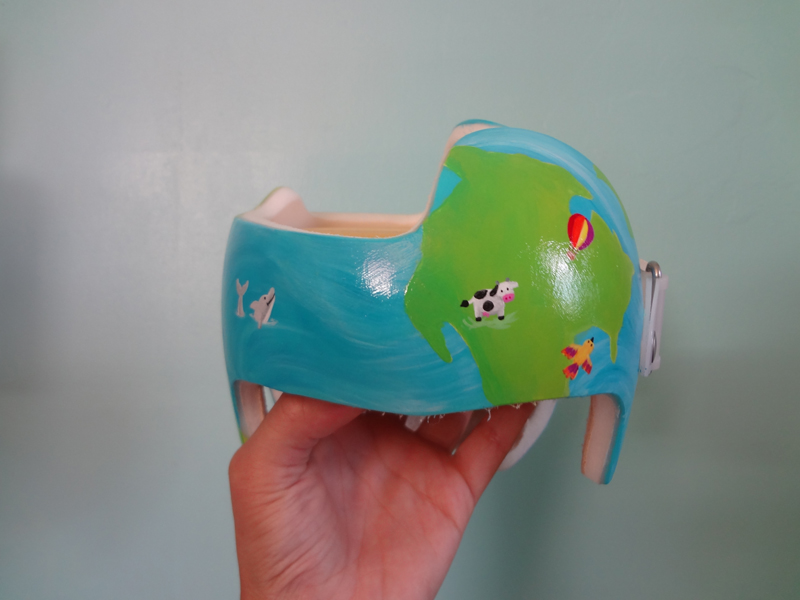 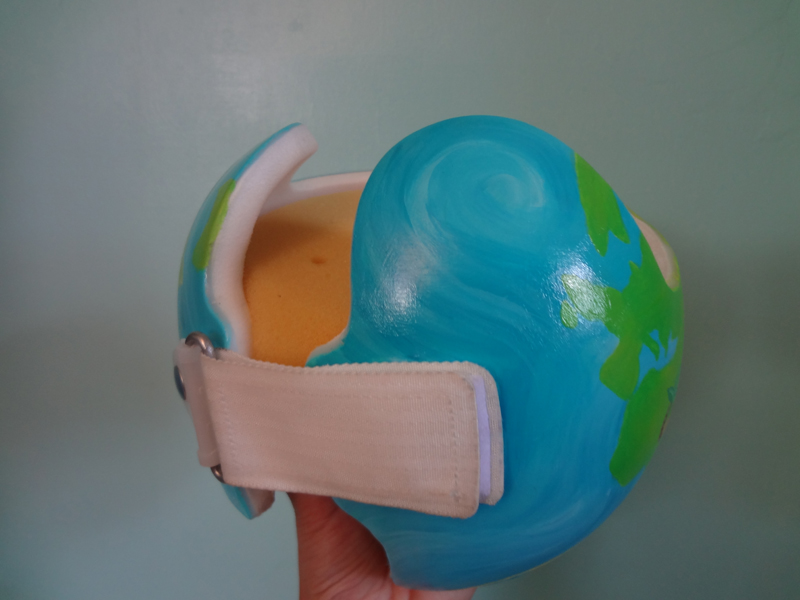 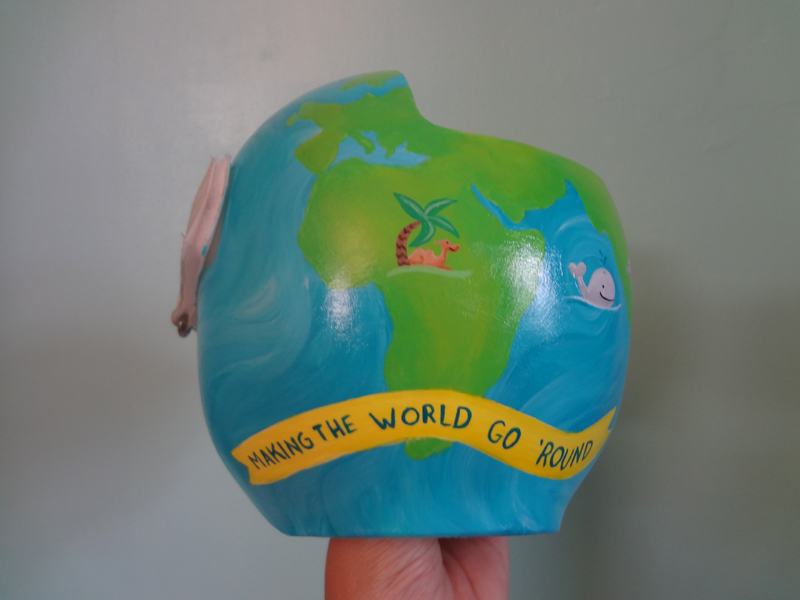 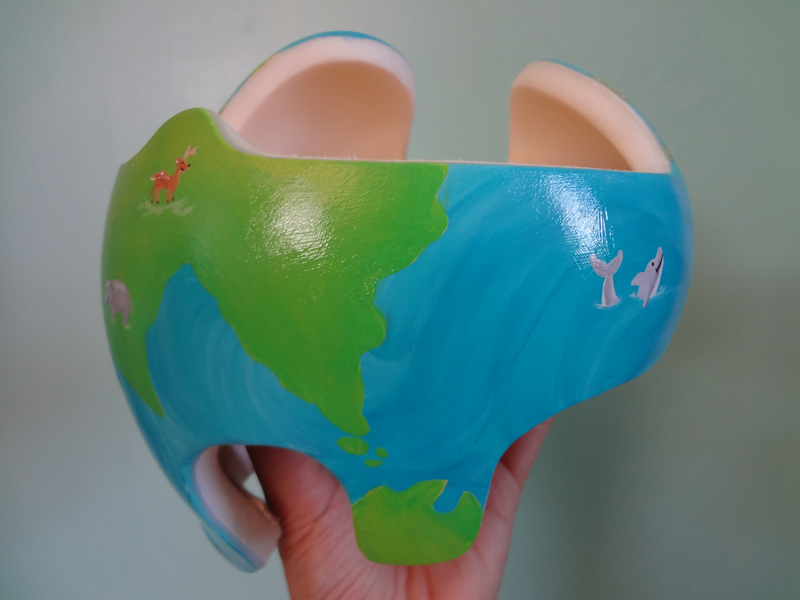 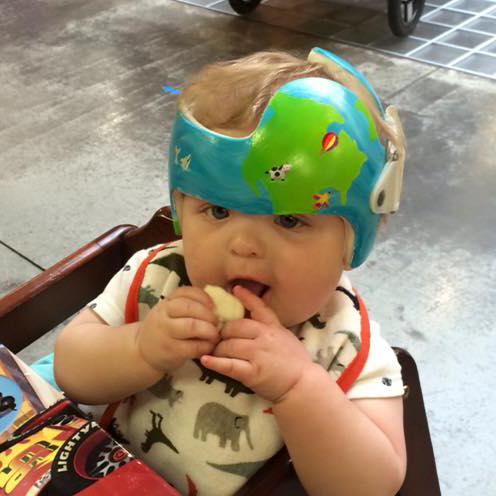